PFA and Assault In Pennsylvania

Domestic violence is a serious problem in our country and one that should be aggressively addressed. People can be falsely accused, however, resulting in harsh consequences that can change lives forever. If you have been charged with assault or are facing a restraining order brought against you by a person you are alleged to have assaulted, you need to understand exactly what you're up against.

Under Pennsylvania Law, there are two basic charges you could face for assault in Cumberland County: simple assault and aggravated assault. Generally speaking, simple assault is a misdemeanor of the first, second or third degree with the possibility of up to five years in jail and a maximum fine of $10,000, if you are convicted.

Aggravated assault is a much more serious charge and is a felony offense in Cumberland County. Aggravated assault charges can range from first to third degree felonies, and a conviction means a prison sentence of up to 20 years, as well as up to $25,000 in fines.

Whether you are facing a simple assault charge or an aggravated assault charge, it's important to understand that you can be convicted even if you didn't actually harm or intend to harm the alleged victim. The authorities can charge you with assault in the following situations:

Assault charges can cover a wide variety of actions and many people are shocked when they learn that they are being charged with assault.

How Assault Charges and Restraining Orders Are Related

Domestic disputes often result in allegations of abuse and may lead to a charge of simple assault or aggravated assault. 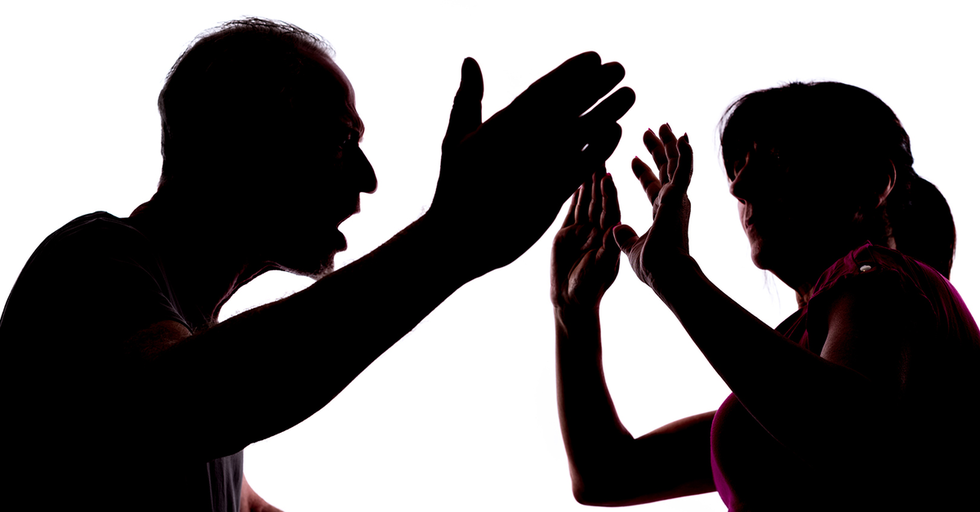 In addition to the abuse allegation, the alleged victim may then pursue a restraining order.

A restraining order or ‘Protection From Abuse Order' is a legal decree that prohibits one person from having contact with another person. It typically prohibits someone from coming within a certain distance of the alleged victim. Additionally, the order can also prohibit any contact with the victim whatsoever, either directly or through an intermediary (other than the police or the court). A restraining order can also contain other restrictive provisions, including requiring the accused to move out of his or her home, as well as dictating how and when the accused can see his or her children.

Domestic violence includes a broader spectrum of relationships than just husband and wife. In Pennsylvania, it is possible for the following people to seek a restraining order against you:

If you are charged with assault and the alleged victim is seeking a restraining order, it is important to understand that the assault charge and the restraining order will be handled by two independent legal processes. This means that you have to defend yourself in both proceedings, held in separate courts with different judges.

Do not assume that the restraining order will be resolved if you prevail in your criminal case, or vice versa. Both actions will require a separate defense.

Once you are charged with assault in a criminal case, you could follow two basic courses of action: (1) attempt to resolve the case by entering into a plea agreement with the prosecutor, or (2) proceed to trial where the prosecutor will have to prove your guilt beyond a reasonable doubt.

The restraining order process differs from a criminal proceeding in a few significant ways:

Why You Need a Lawyer for Both

An aggravated assault charge is serious – you are potentially facing years in prison and thousands of dollars in fines if convicted. While the consequences of a restraining order may not be as serious, it could drastically change your life. You may be prohibited from going places you typically frequent, you may have to move, or your ability to see your children may be severely restricted. If a PFA is entered, you will also be prevented from legally owning a firearm in the state of Pennsylvania.

You will suffer serious consequences if you neglect either of these cases. Unfortunately, both proceedings are complex and confusing for those not familiar with the laws surrounding them. A simple misstep can jeopardize your case and ultimately your rights. If you've been charged with assault and are facing a restraining order, you need a criminal defense attorney who understands the significance of both proceedings and can defend you in each one.

If you've been charged with assault and are facing a PFA, your life and your future are at stake. Don't face these challenges alone – talk to a Cumberland County criminal defense lawyer who will fight for your rights and get you a fair result. Pennsylvania criminal defense attorney Sean Quinlan has experience fighting assault charges in both criminal court and restraining order hearings. For a free consultation, call us at 717 202-2277 to discuss your case and how we can help. Call us at 717 202-2277 to schedule a free consultation today.