DUI Checkpoints in Pennsylvania. Can they do that?

Can they do that?

Yes.  Yes, they can.  In Pennsylvania, the legality of police DUI checkpoints is governed by the 4th Amendment of the Constitution.  Roadblocks, as in every traffic stop, must withstand judicial scrutiny.  And, in order to do so, the police must have a legally sufficient reason to stop your car.  The reason can be observation of a traffic offense, defective equipment, expired tags or inspection, or some other visible sign that a crime is being committed.  In Pennsylvania, roadblocks have been approved for use in stopping impaired drivers, so long as the roadblock is legally established and operated under strict guidelines. 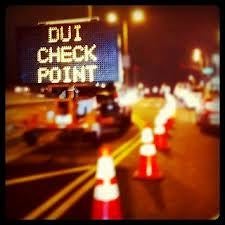 In Pennsylvania, roadblocks are valid based on the Commonwealth's police powers to insure the roads are safe from drunk drivers.  The Supreme Court upheld this authority as constitutional so long as citizens rights are protected.  Generally, the roadblock decision-making must be made by supervisory personnel rather than by law enforcement officers in the field.  Also the execution of the roadblock must be carried out pursuant to specific procedures requiring all passing vehicles to be stopped.  Finally, the delay imposed on motorists must be minimal.

Therefore, if not precisely executed, your checkpoint DUI arrest can be challenged as a defense to the charges against you.  Generally however, to challenge the legality of the roadblock, you'll need the testimony of an expert to support the challenge.

If you or a loved one has been arrested for DUI, call Attorney Quinlan today at 717 202-2277 or visit us online at www.harrisburgduiguy.com.