Being charged with a sex crime is not only frightening, it is embarrassing. In addition to worrying about what will happen to your family and your future if you are convicted, you're also worrying about friends, co-workers, your employer and others finding out about the charges. At a time like this, you need someone on your side who values discretion, and whose goal is to not only get the charges against you cleared, but also to protect your privacy at all costs. 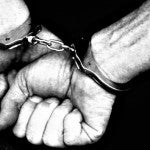 In addition to sex offender registration, the sentencing laws for sex crimes in Pennsylvania are severe and complicated.  One offense can result in a life sentence through a law called “one strike”.  Furthermore, these crimes are pursued so seriously by the state, that they have their own sentencing rules, separate from the normal rules for all other crimes. It's no surprise that those “special rules” are very bad for the people charged with the sex crime.

Finally, being listed as a sex offender affects where you can live and work, and criminal records associated with sex crimes usually cannot be expunged. If you are charged with a sex crime, it is vital that you consult with an attorney who will dedicate themselves to having the charges against you cleared. The small ray of hope when charged with a sex crime in Pennsylvania, is that ,
Protect your future. Contact me today to schedule a consultation.