Quinlan Law Group: Drug Offenses Attorney in Harrisburg PA.
In the Commonwealth of Pennsylvania, depending on the type of drug crime you are accused of, you may face misdemeanor or felony charges. Some of the drugs that are illegal and are considered to be a controlled substance or narcotic under Pennsylvania law and the United States government include cocaine, marijuana, LSD, ecstasy, methamphetamine, heroin, and PCP. Also, in some instances drug crimes may even involve legal or illegal prescription drugs. 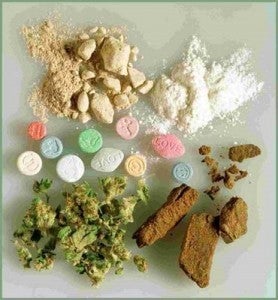 A drug crime is a very serious offense and can have dire consequences if you are convicted. You could be facing anywhere from up to a year in jail to a lifetime behind bars, including fines, probation, community service, counseling and parole. It's absolutely critical that you hire a criminal defense attorney. Doing so may allow you to avoid the severe penalties that can be imposed, and can also allow for the possibility of alternative sentencing set forth by Pennsylvania law.

Did your drug arrest involve being under the influence while driving? This can have serious implications on your driving privileges, ability to obtain work, and long term insurance rate increases. In Pennsylvania, driving under the influence of drugs is punishable under the same laws as alcohol, and is prosecuted as a DUI charge.

The following are considered drug crimes in Pennsylvania:

Often when imposing penalties for a drug crimes case, a judge will look at whether or not your drug crime involved children, whether you have prior offenses and whether any other misdemeanor or felony crimes were committed. If these apply, you can expect to receive enhancement penalties when receiving your sentence. An enhancement penalty is a harsher penalty for your actions and can add time to your sentence.

As a former prosecutor who's handled literally hundreds of drug cases, I'm very familiar with all areas of Pennsylvania drug laws and drug crimes. If you've been arrested for a drug crime, you need someone on your side who will fight aggressively for your future. Contact me today to schedule a consultation.