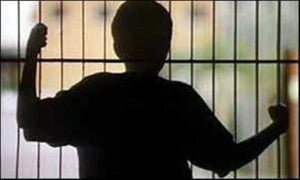 Domestic violence is one of the most commonly charged crimes in Pennsylvania. Criminal charges often result from false allegations made out of anger, jealousy or a desire for revenge against the accused. Many of the accused are actually innocent and never committed this crime in the first place. Unfortunately, in Pennsylvania, little can be done once the charges have been filed, because prosecutors will pursue the charges even if the accuser recants his or her accusation or does not want to “press charges”.

How harshly a conviction on a domestic violence charge is punished often depends on the seriousness of the injuries and whether or not the accused has a prior criminal record. However, even a first time conviction can have serious consequences. Domestic Violence can be charged as a misdemeanor or felony, meaning that there is a real risk of a substantial state prison sentence. Even when probation is granted, mandatory terms include a large fine, significant jail time, and a 52-week anger management program.

You can fight domestic violence charges with the assistance of a qualified, experienced attorney with a proven track record of success. I understand how the court systems in Pennsylvania work and can give you the legal edge you need to increase the chances that you will receive a favorable outcome in your case. There is nothing I want more than to see the charges against you dismissed or reduced, and I will work hard to allow you to keep your freedom, rights and liberties.

Don't let accusations of domestic violence land you in jail or leave you with a permanent criminal record. Contact me today to schedule a consultation.