Quinlan Law Group: Criminal Trespass Attorney Harrisburg PA.
Criminal Trespass is when a person enters a building or breaks into a building knowing that he or she is not authorized to do so.  This charge is graded as a felony.  Criminal Trespass is less serious than the charge of burglary which requires that the person intended to commit a crime inside the building, but it is still a felony.  A felony conviction carries severe consequences including possible incarceration and an impediment to finding a job. 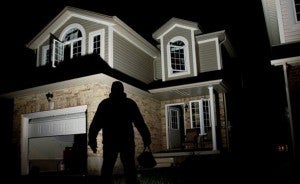 (a)  Buildings and occupied structures.–

(1)  A person commits an offense if, knowing that he is not licensed or privileged to do so, he:

(i)  enters, gains entry by subterfuge or surreptitiously remains in any building or occupied structure or separately secured or occupied portion thereof; or

(ii)  breaks into any building or occupied structure or separately secured or occupied portion thereof.

“Breaks into.”  To gain entry by force, breaking, intimidation, unauthorized opening of locks, or through an opening not designed for human access.

(1)  A person commits an offense if, knowing that he is not licensed or privileged to do so, he enters or remains in any place as to which notice against trespass is given by:

(i)  actual communication to the actor;

(ii)  posting in a manner prescribed by law or reasonably likely to come to the attention of intruders;

(iii)  fencing or other enclosure manifestly designed to exclude intruders;

(iv)  notices posted in a manner prescribed by law or reasonably likely to come to the person's attention at each entrance of school grounds that visitors are prohibited without authorization from a designated school, center or program official; or

(v)  an actual communication to the actor to leave school grounds as communicated by a school, center or program official, employee or agent or a law enforcement officer.

(2)  Except as provided in paragraph (1)(v), an offense under this subsection constitutes a misdemeanor of the third degree if the offender defies an order to leave personally communicated to him by the owner of the premises or other authorized person. An offense under paragraph (1)(v) constitutes a misdemeanor of the first degree. Otherwise it is a summary offense.