Accelerated Rehabilitative Disposition (ARD) is a special pre-trial intervention program in Pennsylvania for non-violent offenders with no prior or limited criminal record.

The primary purpose of the program is the rehabilitation of the offender and secondarily the prompt disposition of charges, eliminating the need for costly and time-consuming trials or other court proceedings. The aim of the program is to intervene at an early state, so that steps can be taken to prevent future incidents of a similar nature. 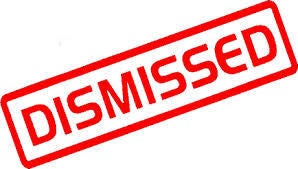 Candidates admitted into the program are closely screened by the district attorney's office. To be accepted into an ARD program the defendant has to agree to certain conditions such as making restitution or completing substance abuse treatment. While in an ARD program, defendants are placed under supervision, similar to probation. They may also be ordered to do community service.

The defendant doesn't have to admit to any wrongdoing when applying for ARD, but must plead guilty to any summary offenses, if not dismissed or withdrawn by the Commonwealth, usually violations of the motor vehicle code. The court may impose costs and assessments, but not a fine. Roughly 90% of the people in the ARD program have been arrested for driving under the influence of alcohol or a controlled substance.

The maximum period of supervision for someone on ARD is two years. After successfully completing the program, the ARD offender may petition the court to have the charges dismissed and the case expunged. If the offender does not comply with the conditions of the program, he or she may be removed from the program and the case will be placed back on the trial list.